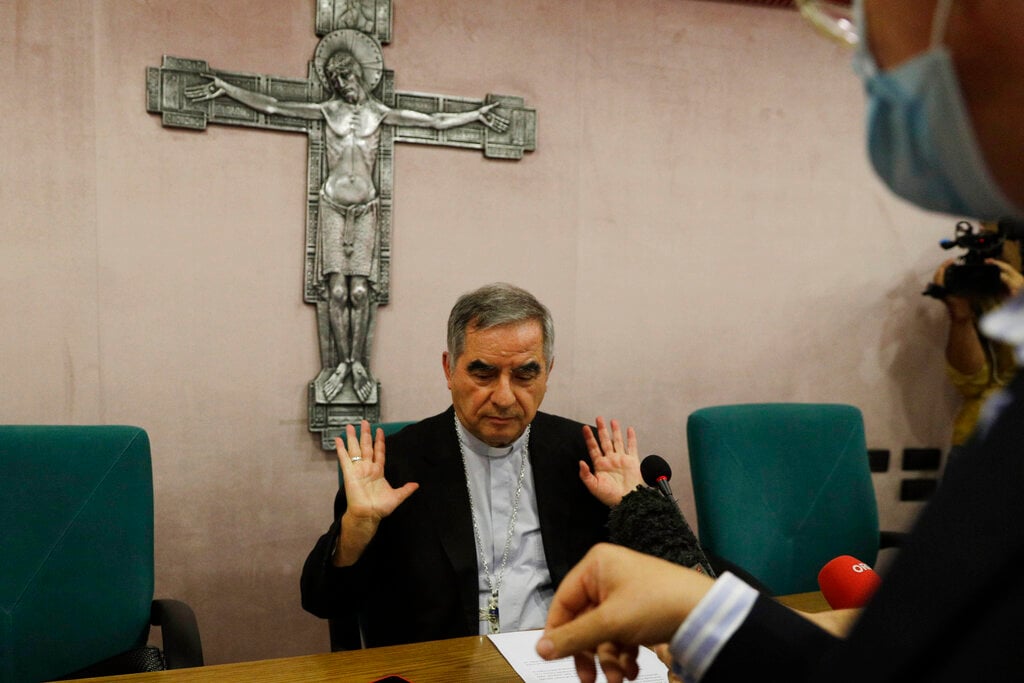 Cardinal on trial for fraud secretly taped call with pope

VATICAN CITY: A senior secretly taped a conversation with Pope Francis where he asked the pontiff to confirm he had approved some secret financial transactions, it emerged today.

The existence of the recording, made in July 2021, just days before the trial of Cardinal Angelo Becciu began, emerged at a hearing yesterday and a transcript was later published by Italian media.

Becciu, once a close advisor to Pope Francis, was removed from office and stripped of his cardinal privileges in September 2020 amid a scandal over the Vatican’s loss-making purchase of a luxury London property and misuse of Church funds.