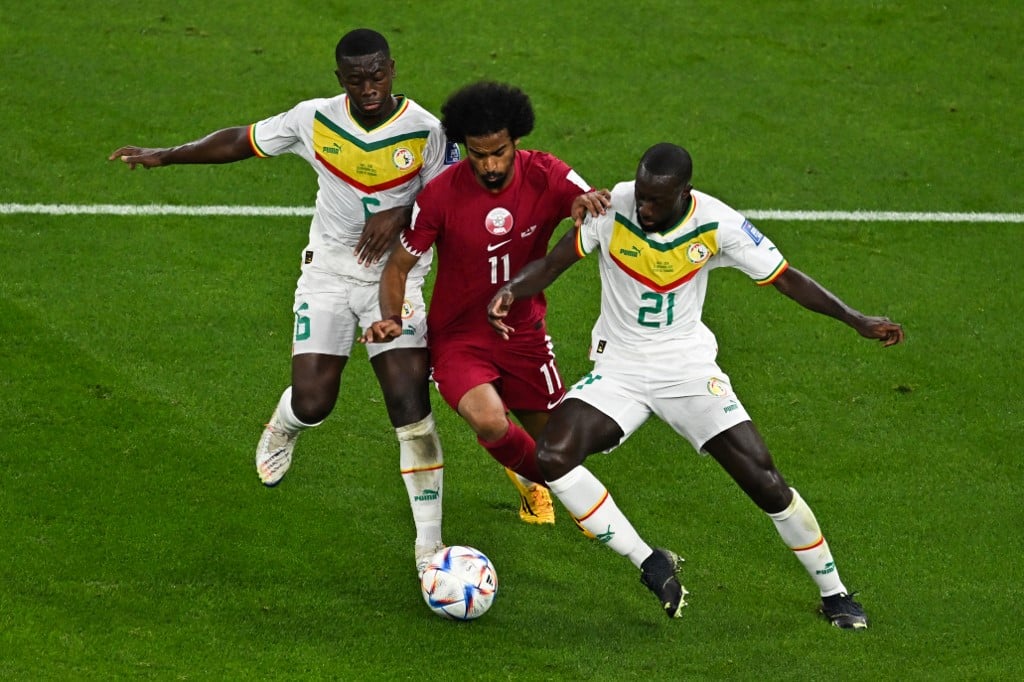 Qatar on verge of elimination after loss to Senegal

DOHA: Host nation Qatar are perilously close to crashing out of the World Cup after they slumped to a 3-1 defeat by Senegal at the Al Thumama Stadium today, despite Mohammed Muntari netting a first ever World Cup finals goal for the Qataris.

A win or a draw for Netherlands against Ecuador, who beat Qatar in the tournament’s opening game, later today will see the Qataris become the first side mathematically eliminated from the competition.

The opening night nerves were nowhere to be seen as Qatar quickly got to grips with Senegal and they should have had a penalty when Ismaila Sarr bundled over Akram Afif, but Spanish referee Antonio Mateu waved away their pleas and the Video Assistant Referee (VAR) did not intervene.