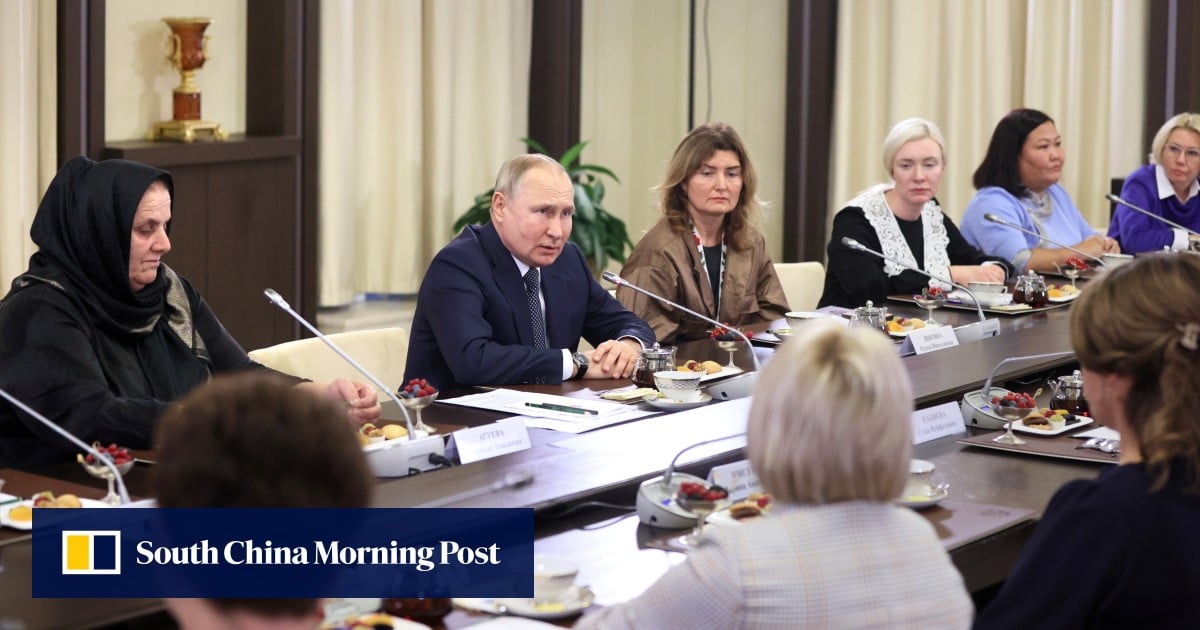 Putin tells mothers of soldiers fighting in Ukraine: ‘We share your pain’

President Vladimir Putin on Friday met the mothers of soldiers who had been fighting in Ukraine, telling them that he and the entire Russian leadership shared their suffering.

The war in Ukraine has killed or wounded tens of thousands of soldiers on both sides, according to the United States, and the Russian invasion has triggered the biggest confrontation between Moscow and the West since the 1962 Cuban Missile crisis.

Hundreds of thousands of Russian soldiers have been sent to fight in Ukraine – including some of the more than 300,000 reservists who were called up as part of a mobilisation announced by Putin in September.