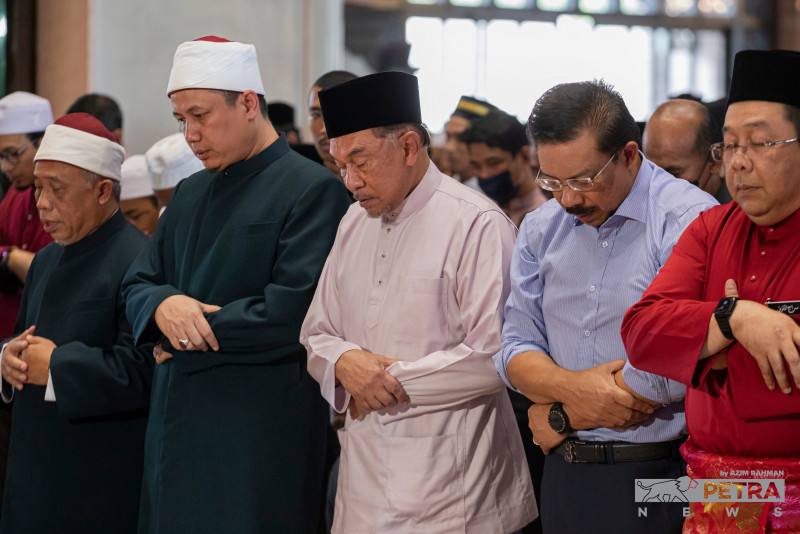 Clad in a pink baju Melayu and songkok, he arrived at the mosque at about 1.01pm and was greeted by several members of the mosque committee and others.

It was Anwar’s first appearance as the 10th prime minister after being sworn in yesterday afternoon.

The sermon reading and Friday prayers were led by the grand imam of Masjid Putra, Ustaz Salahuddin Ghozali.

The sermon was about the responsibilities that must be borne by an elected leader.