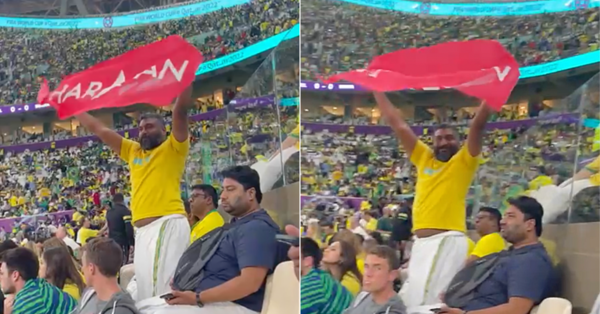 But for one man, his support for the new ruling coalition went beyond borders. Literally.

A video on Twitter, posted by @devprasad888 today, 25 November, shows a man wearing a yellow jersey and veshti proudly waving the Pakatan Harapan (PH) flag in a stadium full of spectators.

"This dude watched this morning's Brazil match with a veshti on!" the caption read.

Based on the caption, it's believed that the moment was captured during the Brazil vs Serbia football match at the World Cup 2022 in Qatar earlier today.