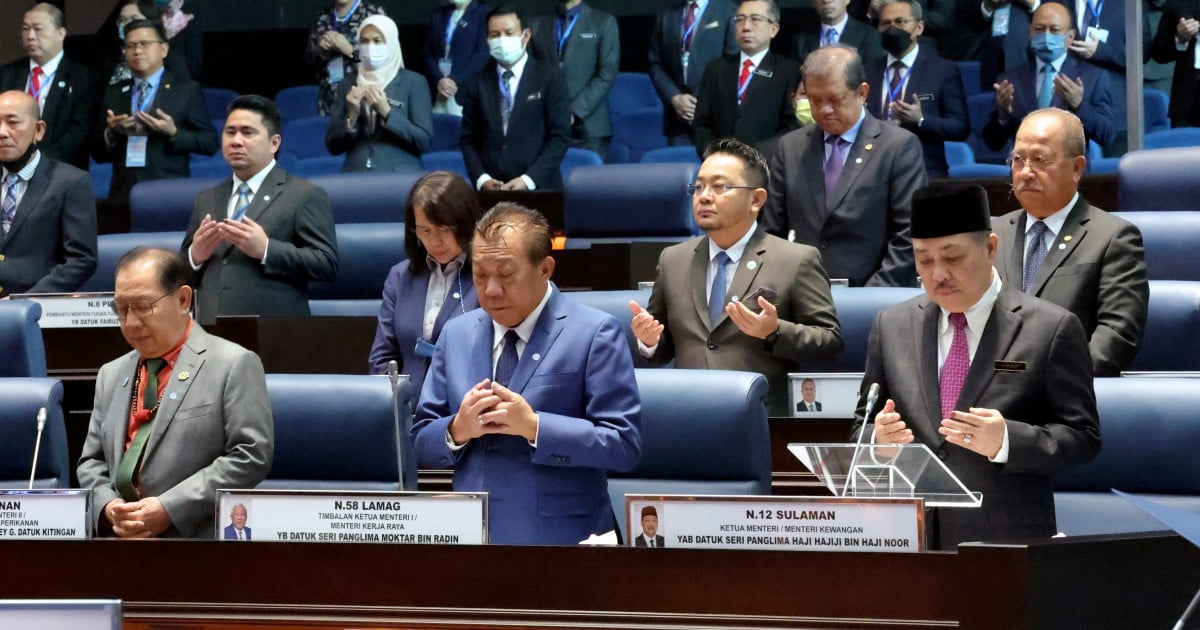 Sabah assembly sitting to proceed on Monday despite public holiday

KOTA KINABALU: The Sabah assembly sitting will proceed on Monday despite the public holiday.

State Speaker Datuk Kadzim M. Yahya announced this when adjourning the tabling of the 2023 Budget for Sabah today.

During the tabling of the budget, Hajiji who is also state finance minister, said the theme of the 2023 Budget was "Strengthening the Economy for the People's Prosperity".