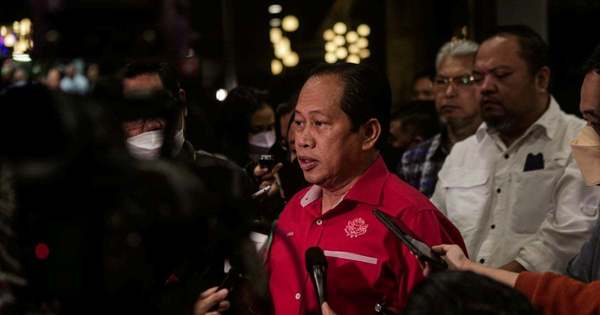 It appears the political impasse that has lasted for over four days after the 15th General Election (GE15) could be over, or could very well drag on, according to an ambiguously worded announcement by UMNO

Taking to Twitter at 1.18am tonight, 24 November, UMNO secretary-general Datuk Seri Ahmad Maslan shared that the party's supreme council has come to a unanimous consensus to uphold the decree by the Yang di-Pertuan Agong for Barisan Nasional (BN) to support and be part of a unity government.

According to the announcement shared by the Pontian member of parliament (MP), the UMNO supreme council has also agreed that all 26 UMNO MPs, who won their seats in GE15, must obey and accept any form of a unity government or other forms of government that will be consented to by the Agong.