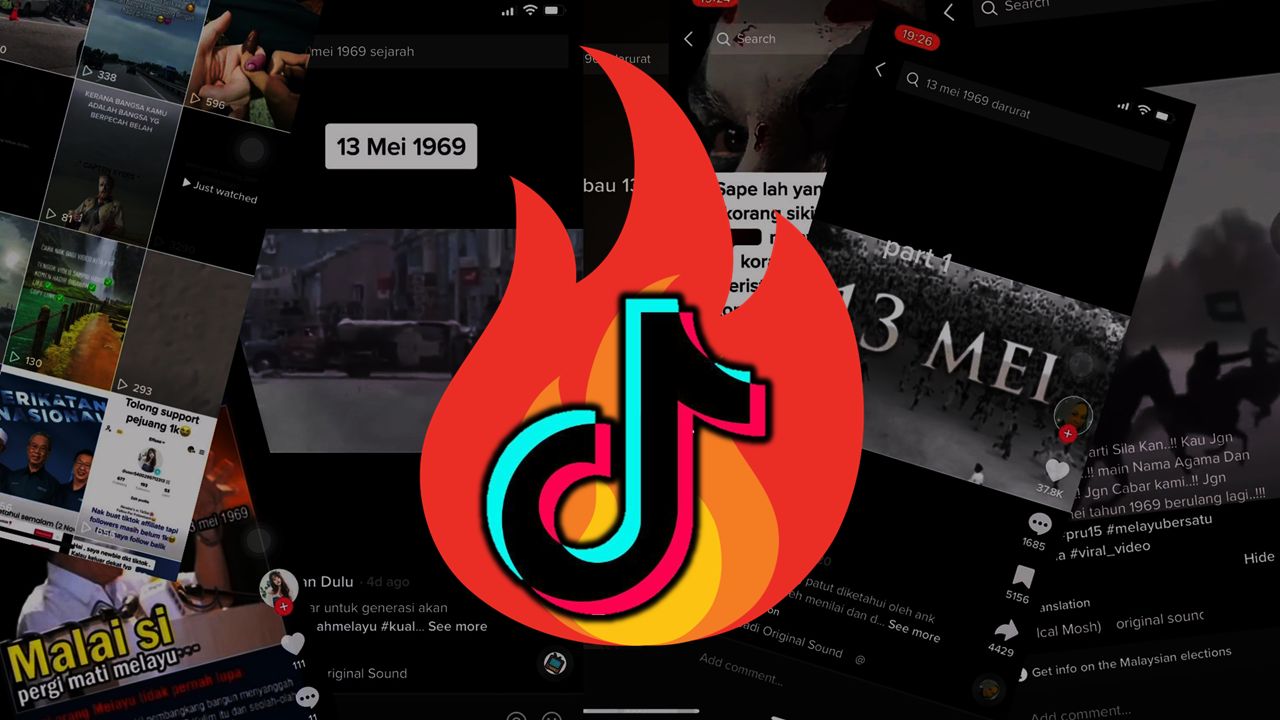 A person close to the matter has revealed to SoyaCincau about why some racially and politically charged content on TikTok isn’t moderated. This is due to a lot of the type of content being seen and reported on the platform after GE15.

As of now at the time of writing, when you type in “13 Mei” in TikTok’s search bar, you’re still able to see some content that encourages and threatens violence with weapons in light of the GE15 election. “13 Mei” is in reference to the 13 May incident in 1969—when a riot occurred in the aftermath of the 1969 Malaysian general election.

Alarming Rise In Number Of Inaccurate TikTok Videos On 13 May

Alarming Rise In Number Of Inaccurate TikTok Videos On 13 May