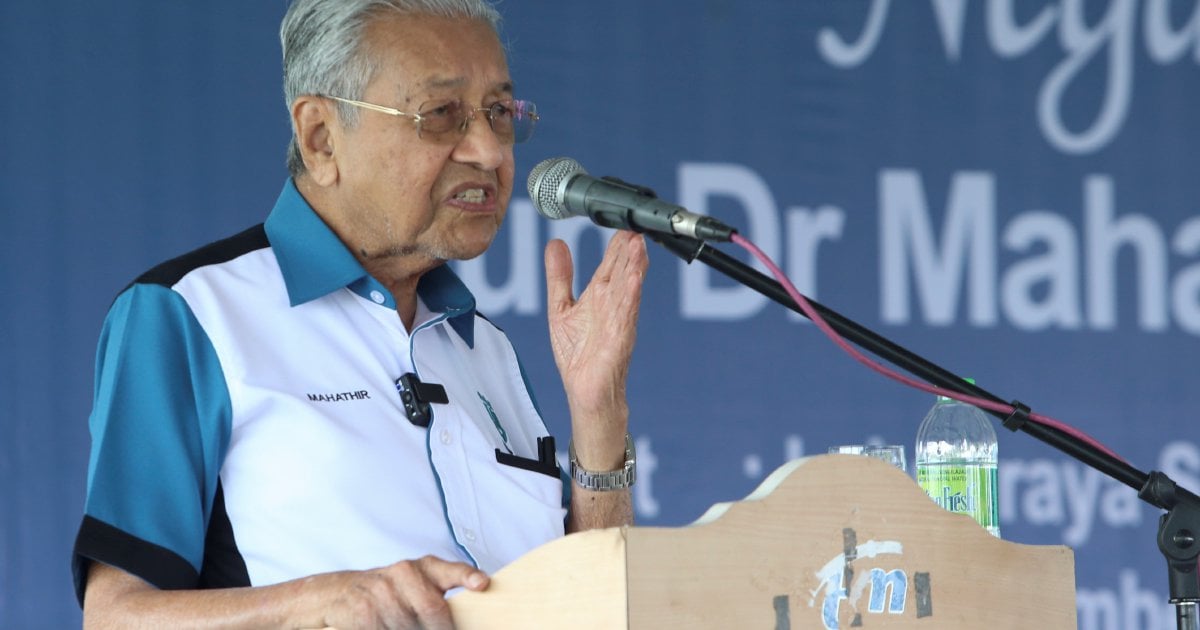 KOTA BARU: Gerakan Tanah Air (GTA) is not interested in working with Perikatan Nasional and Barisan Nasional after the 15th General Election.

GTA chairman Tun Dr Mahathir Mohamad said it was, however, open to working with parties in Sabah and Sarawak.

"We (GTA) will not work with 'parti tebuk atap' and 'parti bossku'. We'd rather be in the opposition.

"So far, GTA has not been approached by any party," he told reporters at the "Kebangkitan Rakyat Kelantan Bersama Negarawan" gathering at Kampung Kubang Rawa here today.

GE15: GTA will only name PM candidate if we win, Dr Mahathir says

GE15: GTA will only name PM candidate if we win, Dr Mahathir says