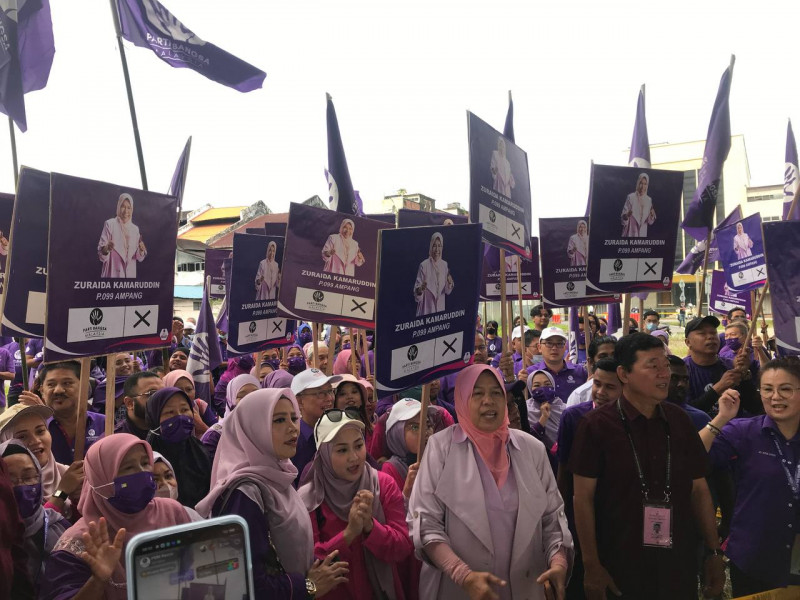 In a statement by PBM de facto leader Datuk Zuraida Kamaruddin following the nomination session today, she pointed out that one of its two candidates for state polls is also female.

Leading the charge for the fairer sex in the party, Zuraida is set to defend her Ampang federal seat, while party deputy president Haniza Mohamed Talha is vying for the Hulu Selangor parliamentary constituency.