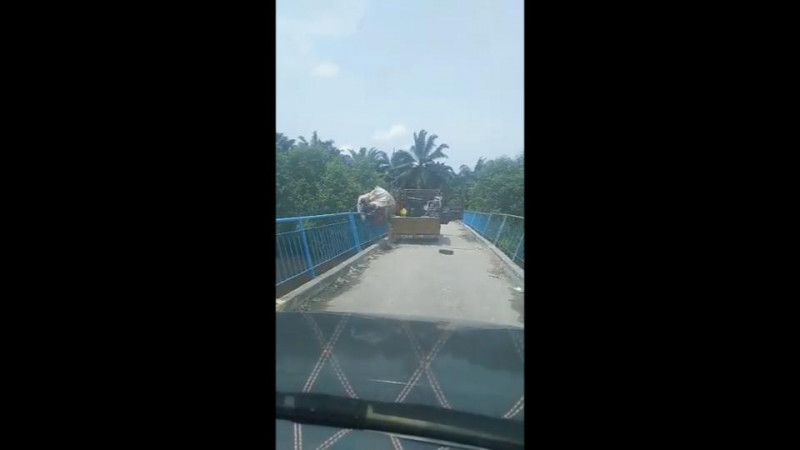 KUALA LUMPUR – Social media users are incensed at a viral video clip showing an individual blatantly dumping a huge sack of litter from his lorry into a river before driving away.

It is understood that the incident took place yesterday evening at the Sg Wak Rabun in Batu 33, Pontian, Johor.

The video, which was believed to have been recorded by a couple driving along the same bridge over the river, has since made the rounds on multiple social media platforms.

In the 36-second clip, a bald, elderly man wearing a striped t-shirt and gray shorts is seen hurling a huge bag of litter from the back of his small lorry directly into the river.