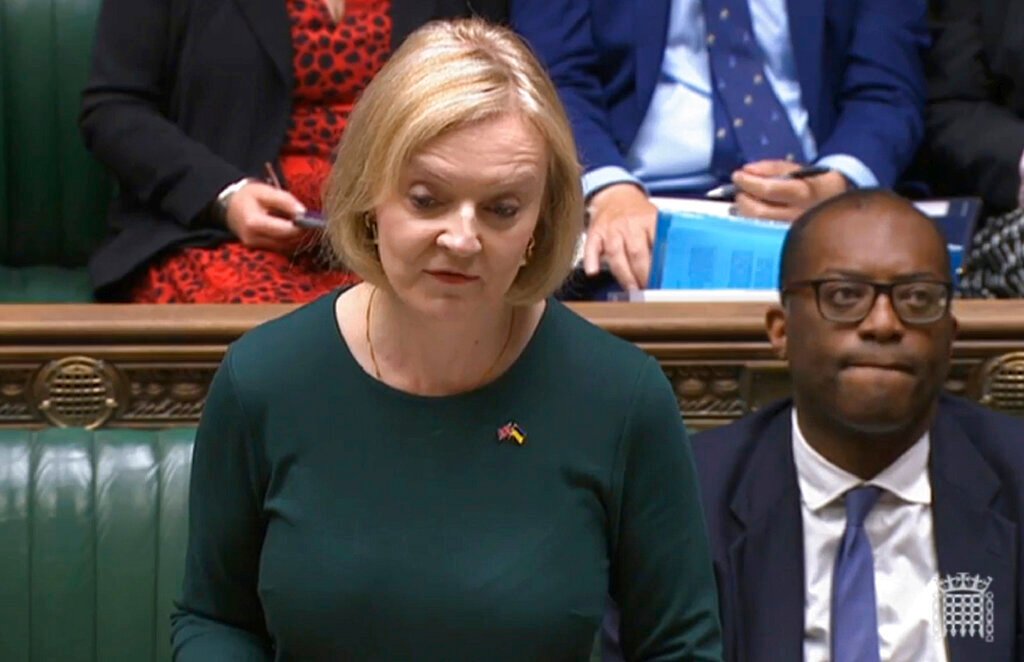 LONDON: British prime minister Liz Truss defended her economic plan that has roiled financial markets, saying today she was willing to take “controversial” steps to reignite growth and would not reverse course despite the turmoil.

“This is the right plan that we’ve set out,” she said in a series of interviews with local BBC radio stations.

Asked if she would reverse the mini budget that shocked markets with the scale of its tax cuts and government borrowing, Truss said: “I don’t accept the premise of the question.”