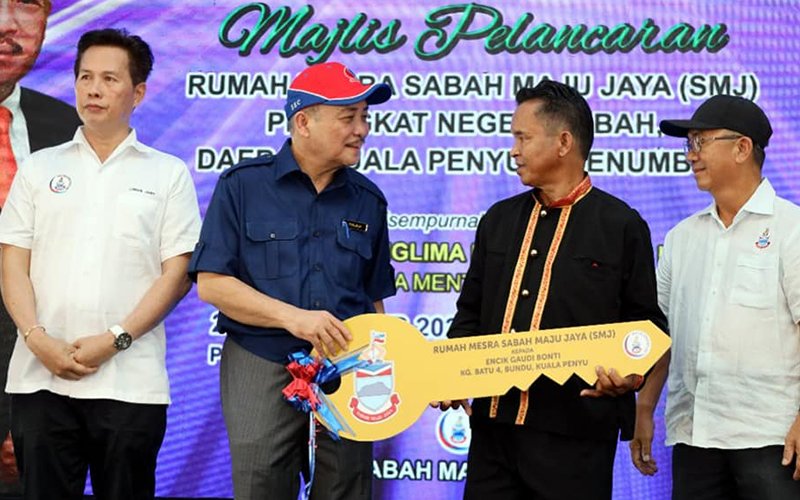 PETALING JAYA: Sabah chief minister Hajiji Noor has hailed the launch of the Rumah Mesra Sabah Maju Jaya (SMJ) project, which is set to see the construction of 1,500 units of affordable housing in the state each year.

Hajiji, who presented keys of completed Rumah Mesra SMJ homes at Menumbok and Kuala Penyu to their new homeowners yesterday, said the launch coincided with the second anniversary of the Gabungan Rakyat Sabah-Barisan Nasional (GRS-BN) government, which was formed on Sept 29, 2020.

“From the look on their faces, we can get a sense of the joy they have at owning their own home,” he said in a Facebook post after handing over a mock key to Gaudi Bonti, one of the new homeowners, in Kuala Penyu.