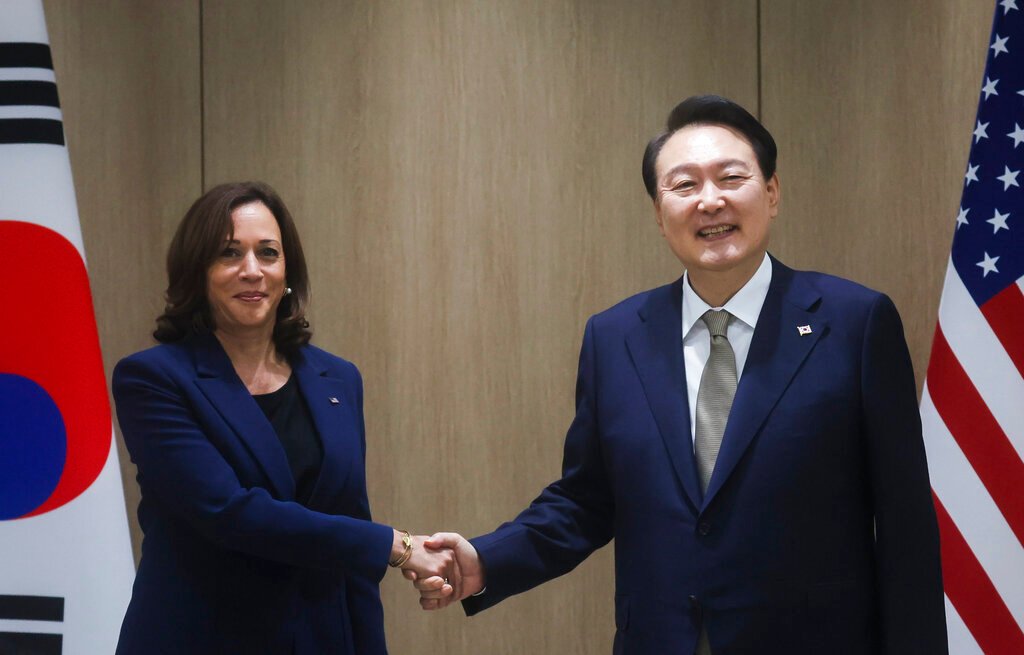 Harris met with Yoon after arriving in the South Korean capital early today amid simmering tensions in the region over North Korea’s missile launches and China’s actions in the Taiwan Strait.

North Korea fired two short-range ballistic missiles off its east coast on Wednesday, and codified its right to use preemptive nuclear strikes in a new law early this month.