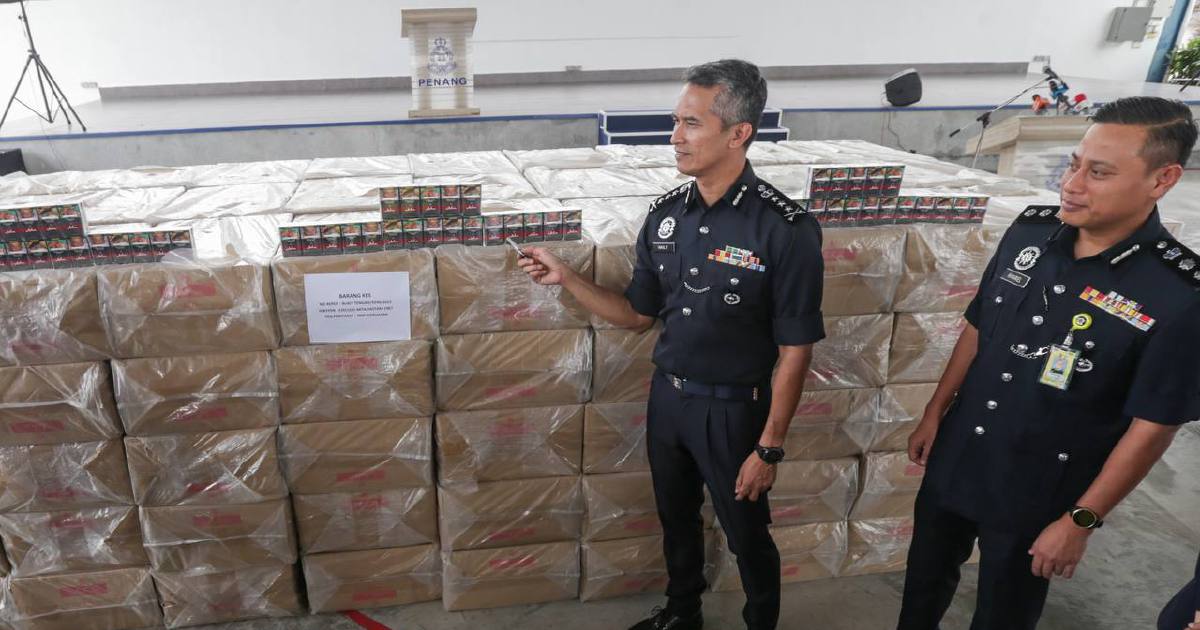 GEORGE TOWN: Police crippled an illicit cigarette syndicate with the seizure of 1,908,000 sticks of cigarettes worth RM764,000 during two raids at two warehouses in the Seberang Prai Tengah district on Monday.

Police, during the operations under Op Kontraban, also detained four men, aged between 40 and 55, who were caretakers and lorry drivers, to assist in investigation into the case.

All four of the suspects are from Selangor.

Police also seized five vehicles — a Toyota Altis, a Mercedez Benz, a Ford Fiesta, a Nissan Cefiro and a Hino motor lorry — worth RM236,000 in the raids.