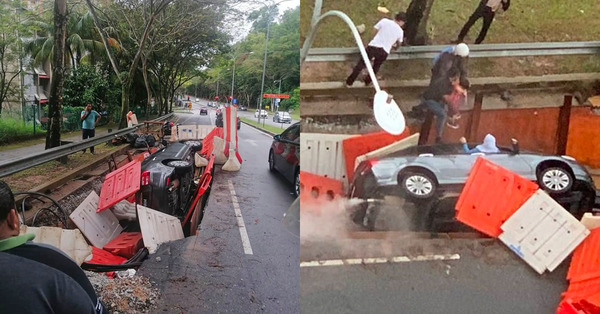 A car fell into a large hole on the road in Taman Setiawangsa, Kuala Lumpur on Wednesday morning, 28 September

The incident occurred at7.30am on Jalan AU3 Setiawangsa, in the direction heading to Kuala Lumpur.

According to a statement by Wangsa Maju police chief Ashari Abu Samah, the Toyota Vios was driven by a 32-year-old woman who had hit the barricades that were used to mark the area where underground cable repairs were taking place.

However, Ashari said the driver and a passenger, her four-year-old son, have escaped unharmed