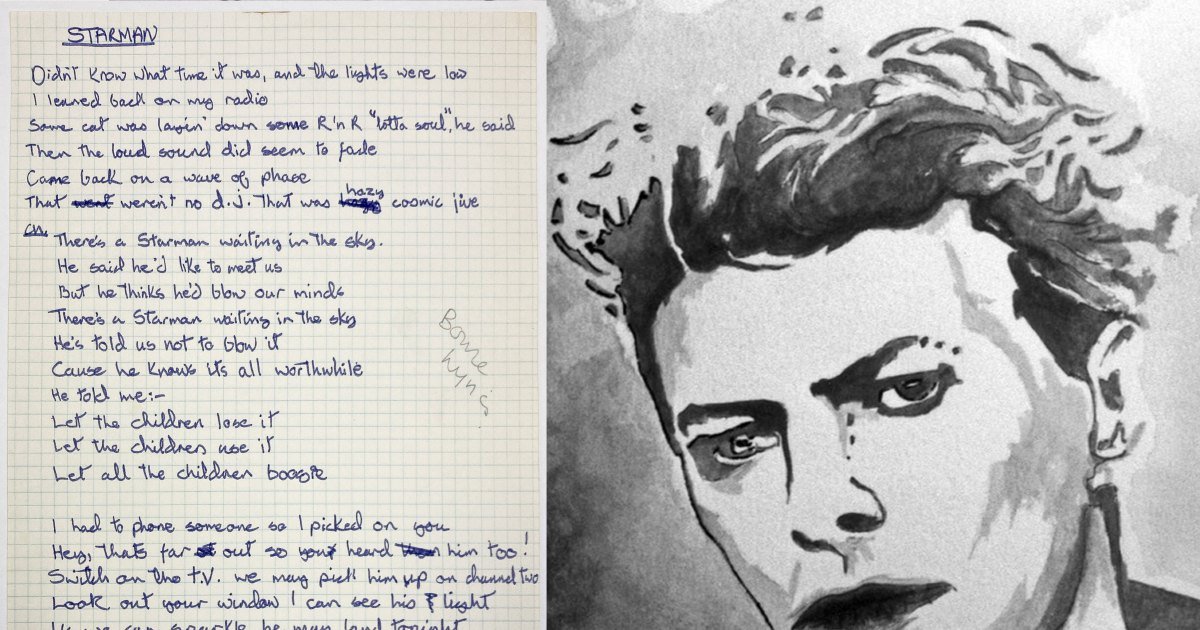 LONDON: David Bowie's original handwritten lyrics for the pop classic "Starman", part of an album that catapulted him to international stardom, on Tuesday sold at auction in Britain for £203,500.

Released as a single in 1972, the song about a Starman who would "like to come and meet us but he thinks he'd blow our minds" featured on the Ziggy Stardust concept album.

The handwritten lyrics sold for five times as much as the £40,000 estimate.

The winning bidder was Olivier Varenne, director of acquisitions and alliances and collections at the Museum of Old and New Art in Tasmania, on behalf of a private collector.