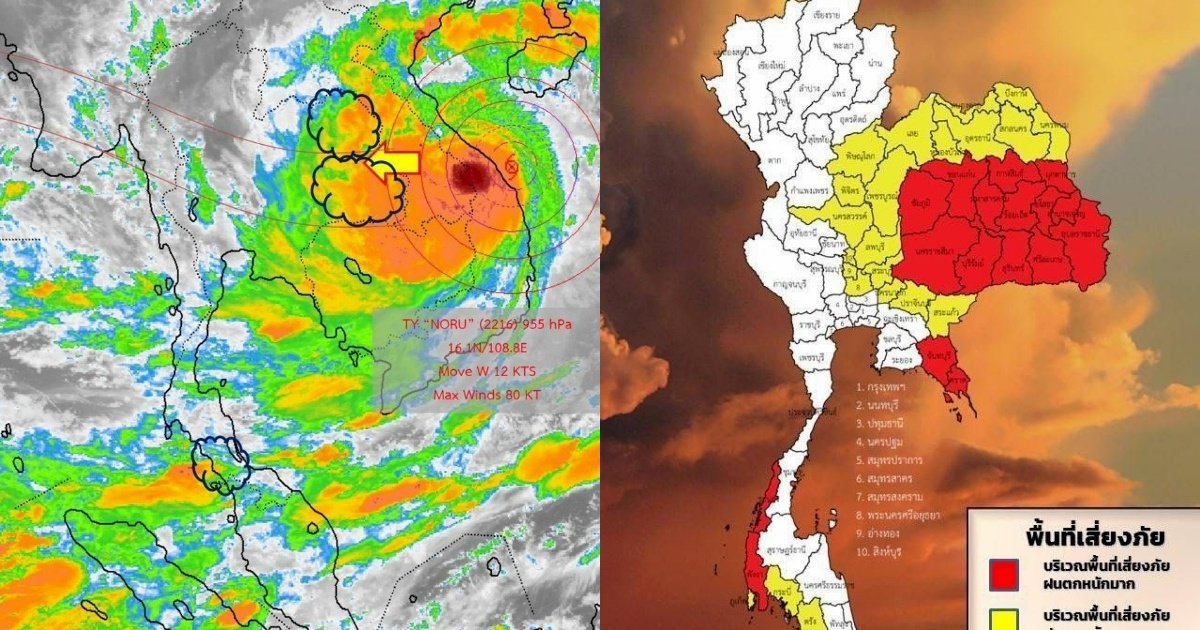 KOTA BARU: Thai authorities have taken precautions in case Typhoon Noru hits the southern part of the kingdom, in areas which border Malaysia.

Narathiwat Disaster Prevention and Mitigation Department operations chief Lieutenant Muhaday Nithatnawaday Chakul said some 700 firemen from 88 stations have been told to be on stand-by since Wednesday.

"The Thailand Meteorological Department has predicted that Typhoon Noru, a tropical storm, will bring heavy rain nationwide including to the southern part of Thailand.