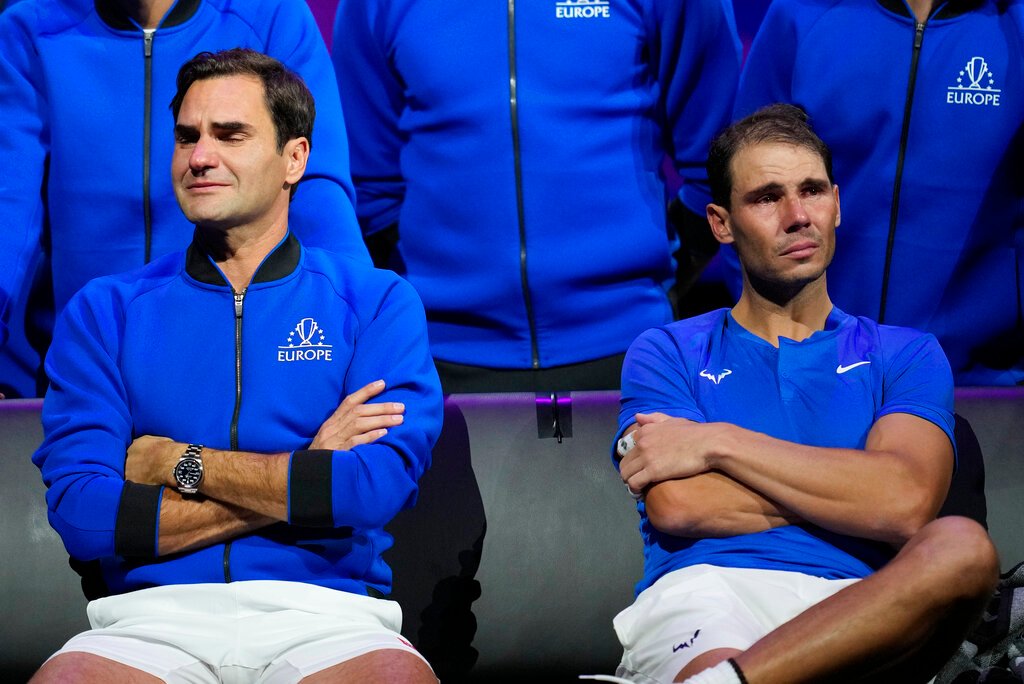 Part of me leaves with Federer, says emotional Nadal

LONDON: Sitting courtside Rafa Nadal cried as his great rival, Roger Federer, bid an emotional farewell to tennis at the Laver Cup yesterday, later saying an important part of him was also leaving the men’s Tour with the retirement of the Swiss.

Pictures and videos of Federer and Nadal — who shared one of tennis’s most enthralling rivalries — crying together after combining for Team Europe in a doubles defeat at London’s O2 Arena went viral on social media, leaving their legions of fans highly emotional.