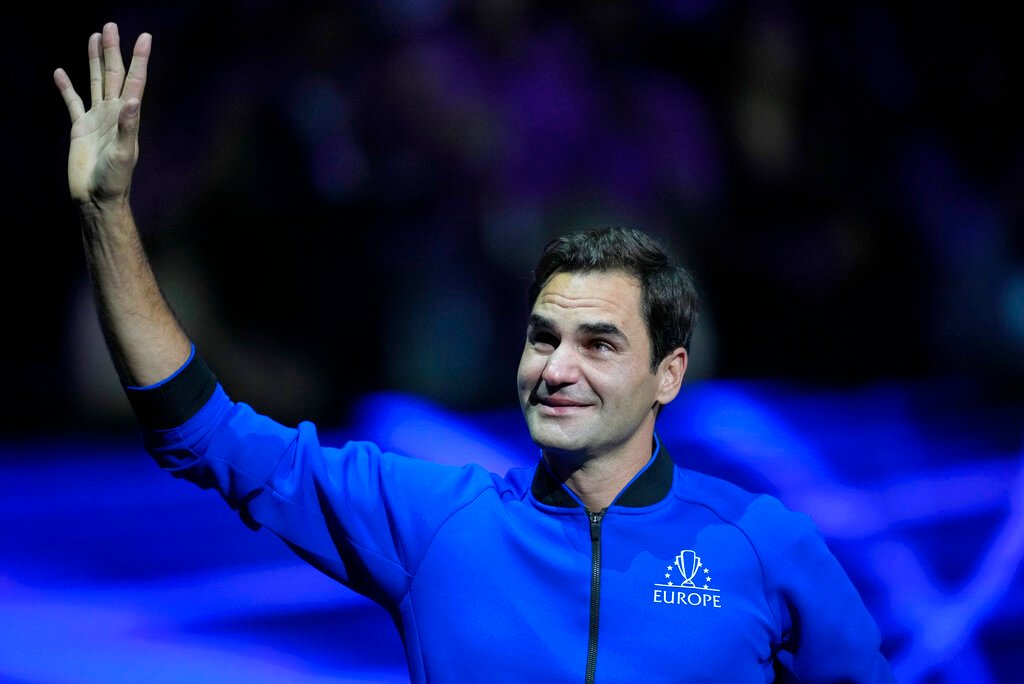 LONDON: It was surely unthinkable that Roger Federer’s trophy-laden career would end with a defeat but that is what transpired as the 41-year-old Swiss maestro lost alongside Rafa Nadal on an emotional night at the Laver Cup yesterday.

In front of a 17,500 sell-out crowd at London’s O2 Arena, 20-time Grand Slam champion Federer returned from more than a year away for a last dance in tandem with his great rival on a gripping and memorable finale by the Thames.

With the clock already well past midnight, Federer had the chance to seal victory in the doubles clash when he served at match point in a tense deciding tiebreak but it was not to be as Americans Jack Sock and Frances Tiafoe ruined the script.