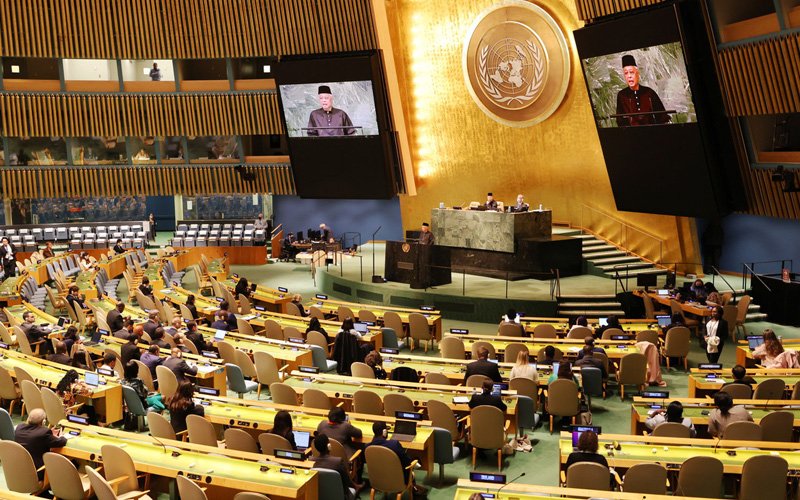 NEW YORK: Malaysia has called for the veto power of the United Nations (UN) Security Council to be abolished in line with the principle of one country one vote.

Prime Minister Ismail Sabri Yaakob said as an organisation that brings the spirit and symbol of democracy to the world, the UN needs to return to its foundation.

Clad in a traditional baju Melayu and delivering Malaysia’s national statement in Bahasa Melayu at the 77th session of the UN general assembly (UNGA) here, Ismail said the conflicts and crises that occur in the world, including in Ukraine, Palestine and Myanmar, cannot be resolved due to the debility of the global governance system and the UN.