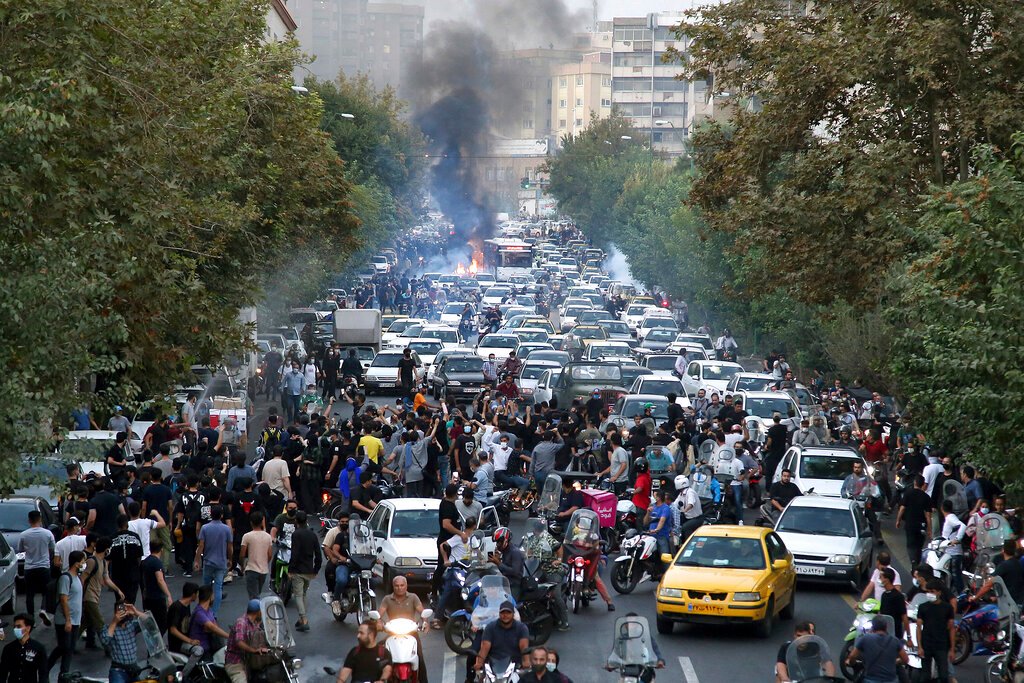 US moves to help Iranians access internet as protesters rally

TEHRAN: The US announced yesterday it was easing export restrictions to improve Iranians’ access to the internet, which the Tehran government has severely curbed amid a crackdown on protesters.

In the aftermath of a woman’s death in the custody of the country’s morality police, Iran cut off internet services to much of the population in what the US said was a bid “to prevent the world from watching its violent crackdown on peaceful protesters.”

“In the face of these steps, we are going to help make sure the Iranian people are not kept isolated and in the dark,” US secretary of state Antony Blinken said.