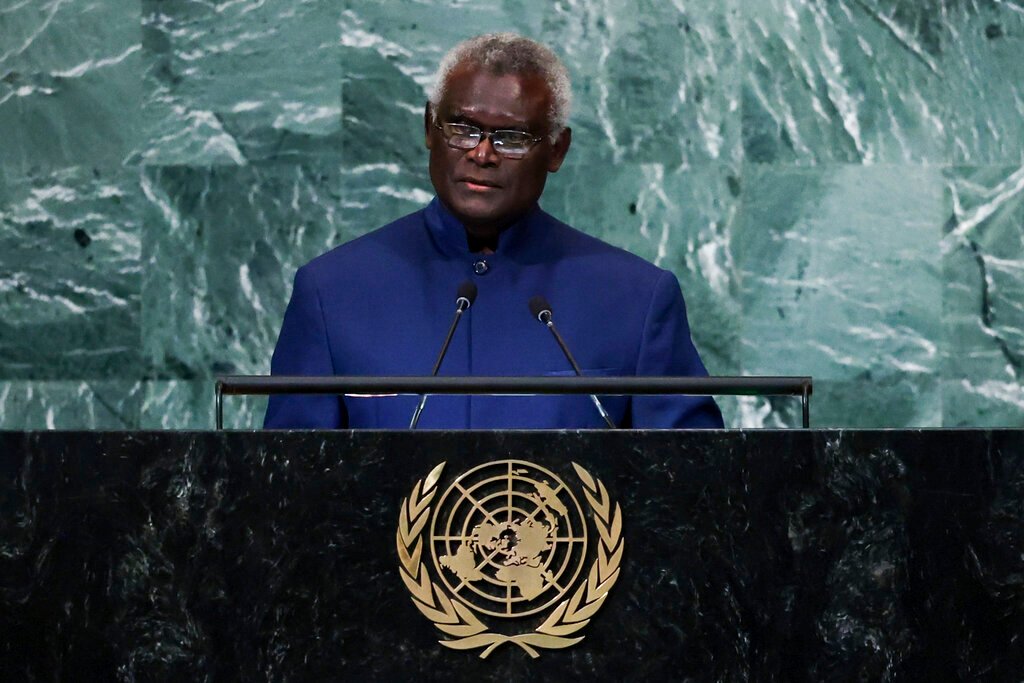 WASHINGTON: Solomon Islands leader Manasseh Sogavare yesterday told the United Nations his South Pacific country remains neutral despite growing ties with China, charging that he has been “vilified” for the relationship with Beijing.

The sprawling archipelago switched diplomatic recognition from Taipei to Beijing in 2019 and signed a security pact with Beijing in April, with some critics warning of authoritarian tendencies by Sogavare.

“We will not align ourselves with any external powers or security architecture that targets our or any other sovereign country or threatens regional or international peace,” the prime minister told the UN General Assembly.