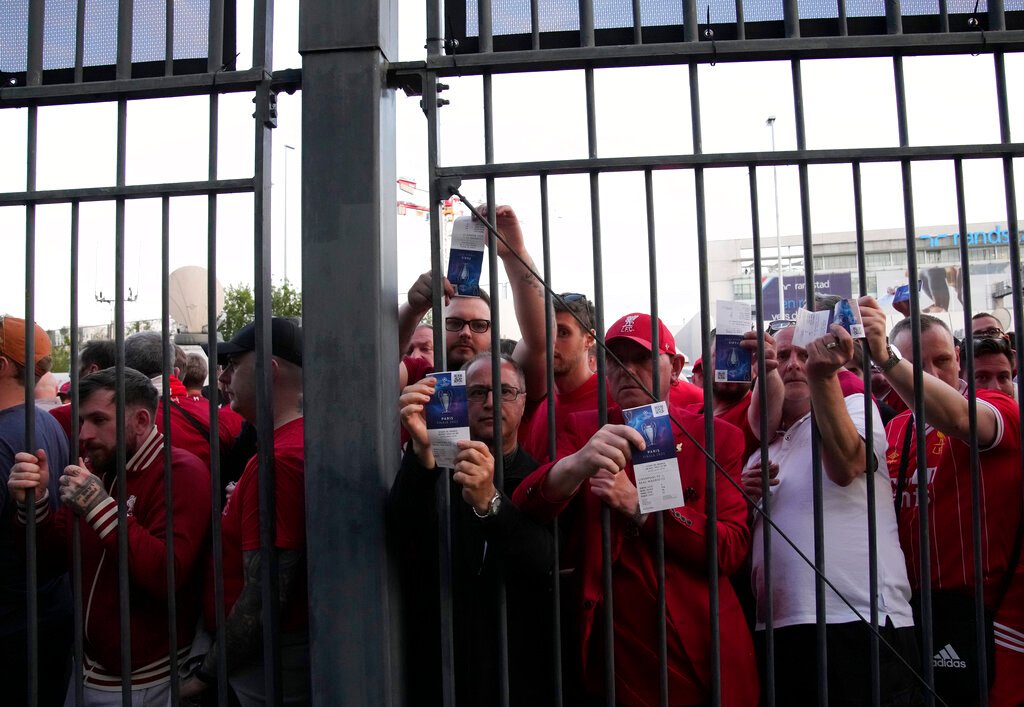 LONDON: More than 1,700 Liverpool fans who allege they were injured or suffered psychological trauma as a result of the crowd chaos at this year’s Champions League final in Paris are to sue Uefa, lawyers said yesterday.

European football governing body Uefa is facing group action following the showpiece match between Liverpool and Real Madrid in Paris on May 28.

A French Senate inquiry contradicted initial assertions by Uefa and the French government that Liverpool fans had been mainly responsible for the trouble by not having proper tickets.