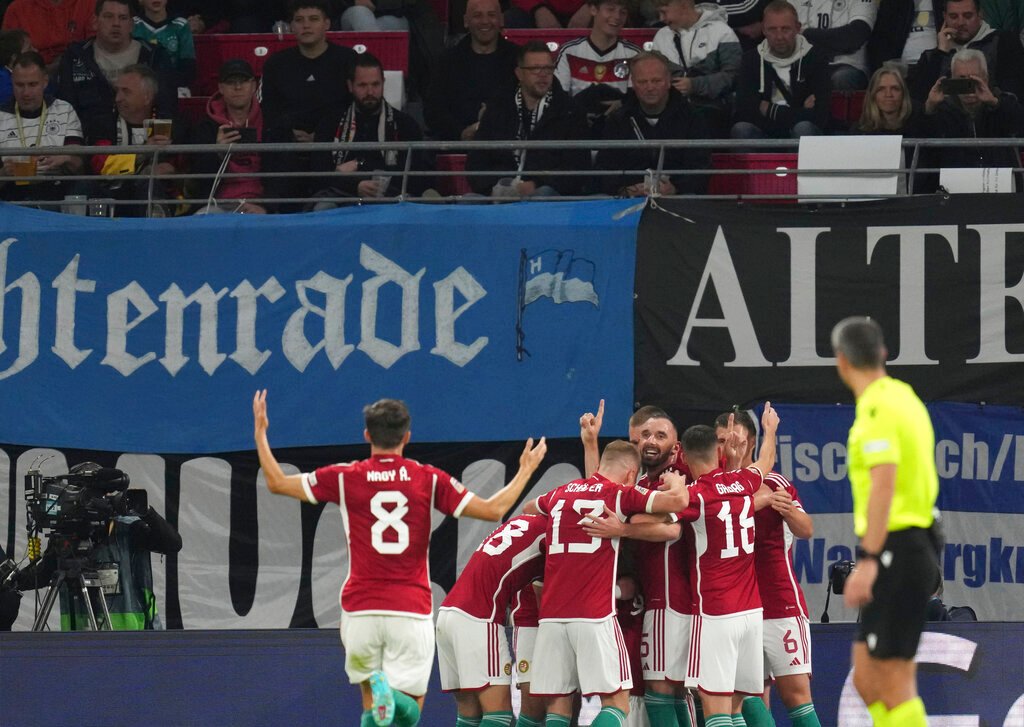 LEIPZIG: Hungary stunned hosts Germany with a 1-0 win courtesy of Adam Szalai’s sensational heel flick yesterday to stay on course for a Nations League final four spot with one game left to play.

The 34-year-old Hungary captain, who will end his international career after their last League A-Group 3 game against Italy on Monday, raced to the near post and flicked the ball into the net with his heel from a corner in the 17th minute to leave goalkeeper Marc Andre ter Stegen frozen on the spot.

Hungary, who also beat England 4-0 away in June for the hosts worst home defeat for 94 years, are top on 10 points and will battle for the group spoils against Italy, who are second on eight after beating England 1-0 yesterday.

England and Germany sign off with 3-3 Nations League thriller

England and Germany sign off with 3-3 Nations League thriller