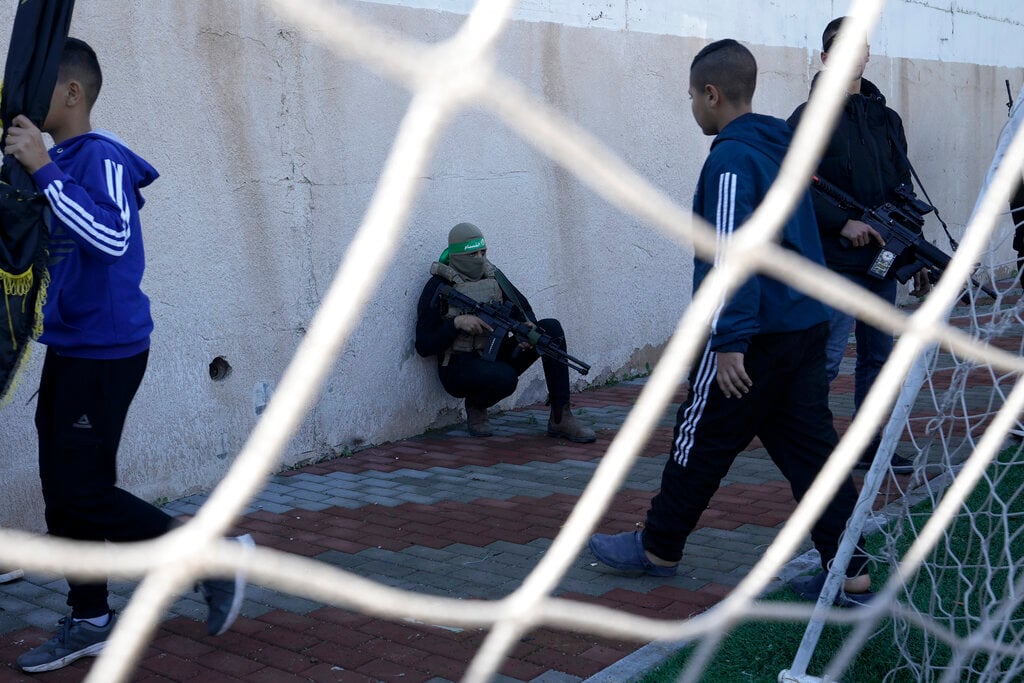 JENIN: Israeli troops killed at least three Palestinians and wounded several others during clashes with gunmen today in a flashpoint town in the occupied West Bank, witnesses and medics said.

The Israeli military confirmed that an operation was underway in Jenin but did not immediately provide further details.

Jenin is among areas of the northern West Bank where Israel has intensified raids over the past year after local men carried out street attacks in its cities.