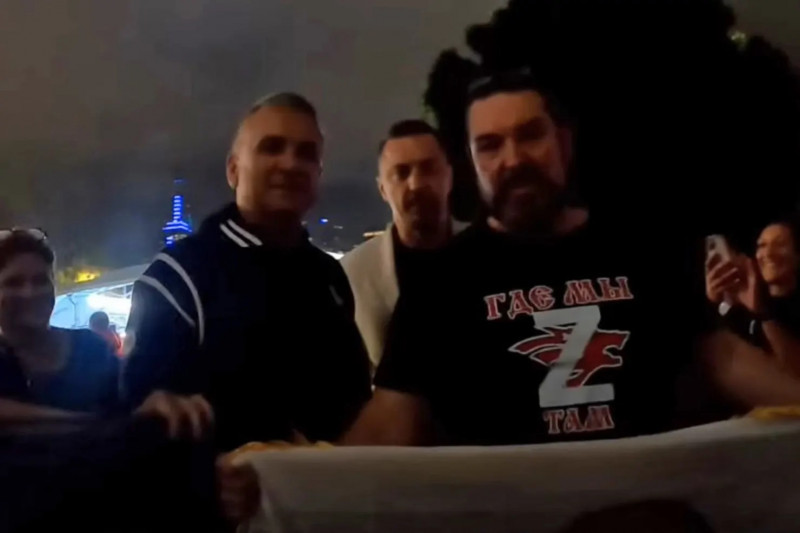 MELBOURNE – Novak Djokovic’s father has been filmed posing with fans brandishing pro-Russian flags at the Australian Open in scenes Ukraine’s ambassador today slammed as “a disgrace”.

The Serbian star had just booked his place in the tournament semi-final with a straight-sets thumping of Russian opponent Andrey Rublev in Rod Laver Arena last night.

After the match a group of fans unfurled Russian flags near the stadium, including one featuring Vladimir Putin’s face, chanting pro-Russian slogans.