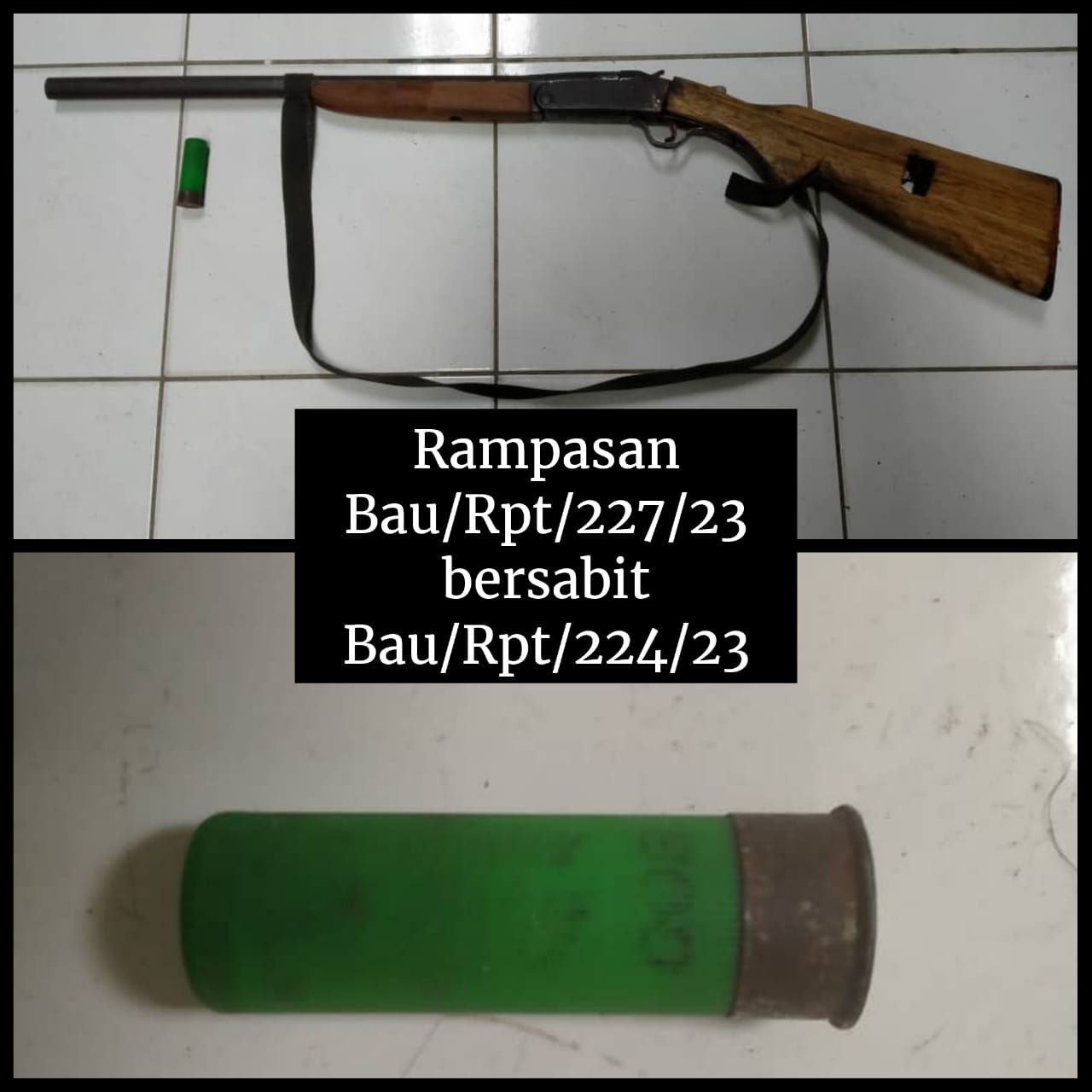 A police photo showing the shotgun and the cartridges that was found at the scene.

KUCHING (Jan 26): The police are currently tracking down a male suspect who hijacked a motorcycle from a 28-year-old man to be used as a getaway vehicle after a failed robbery attempt at a house in Kampung Segong, Bau yesterday.

Bau district police chief DSP Poge Nyaon in a statement today, said the suspect, who was armed with a shotgun, tried to rob a 25-year-old man in a house but failed after a scuffle broke out between them.