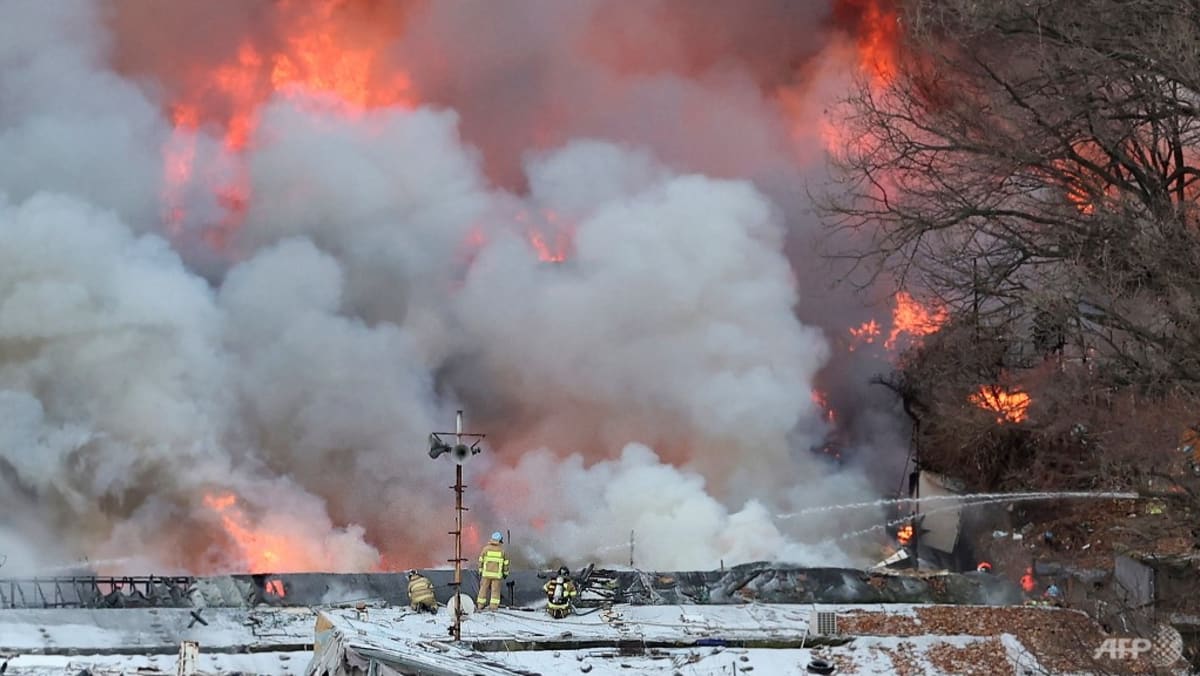 SEOUL: Fire swept through part of a shanty town in the South Korean capital, Seoul, on Friday (Jan 20), destroying 60 homes, many constructed from cardboard and wood, and forcing the evacuation of around 500 people.

Emergency services took five hours to put out the blaze, which erupted before daybreak in Guryong Village, a slum that lies just across a highway from Seoul's affluent Gangnam district. Officials said no casualties were reported so far.

Home to around 1,000 people, Guryong is one of the last remaining shanty towns in the capital and has become a symbol of inequality in Asia's fourth-largest economy.